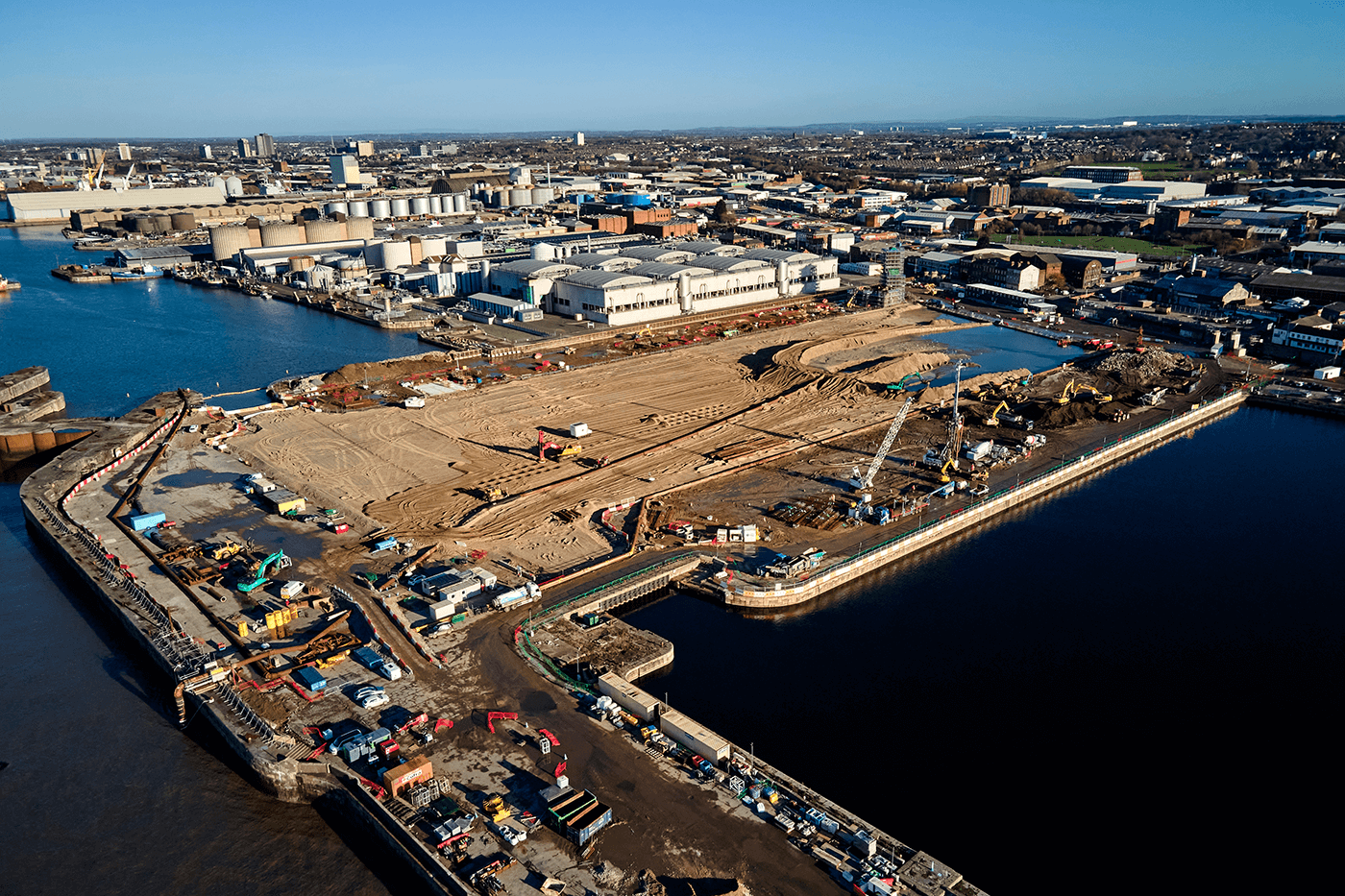 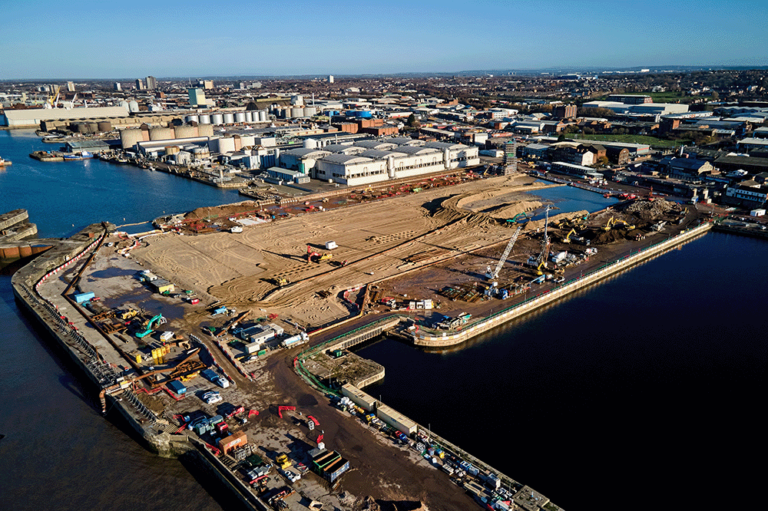 The stadium, being built by a major Tier 1 contractor sits atop a grade II listed structure from the mid nineteenth century. A number of features of historic importance remain around the site which must be protected throughout the construction process. In fact, authorities initially objected to the plans over concerns for these structures, hence the critical importance of the monitoring activity.

During the construction process, a 325m long and 125m wide dock was filled in and 2,500 concrete piles were built to form the foundation of the stadium. It is intended that should it ever be necessary, the site could be reverse engineered back to its original format.

One tool used in the construction was a 94 tonne excavator with a 16 tonne vertical hammer attachment with a 2m diameter base. The hammer compacts each point at a rate of approximately 40 blows per minute to create 2m diameter craters 3m apart. A total of 2,500 craters, each around 16m deep, will be drilled across the site.

Alongside the dock walls and listed assets which had to be protected, the contractor had to monitor the stability and soundness of the new stadium structure. They used a wide range of monitoring sensors from many different manufacturers, including extensometers, tilts and inclinometers in isolation and in arrays and Automated Total Stations.

These generate vast amounts of data across different platforms, which had to be readily available to various stakeholders, including the Instrumentation and Monitoring and Engineering teams.

This made it difficult to ensure the engineering team was notified quickly if or when movement occurred.

Deployed in the cloud, the BKwai platform allows rapid roll-out and automatic capture of data from every sensor, regardless of type or manufacturer. The platform provides simultaneous visualisation of all sensor data in one place effectively becoming the single source of truth.

The platform allows multiple views of the site, including 2D and 3D map views, technical drawings, and satellite imagery to easily pinpoint which sensor, array of sensors or data point is being examined. Having selected a sensor or sensor array, out of the box data treatments expedite the interpretation of the data. The readings can be normalised or the cumulative difference from a defined baseline calculated at the click of a button.

BKwai provides configurable alerts allowing for multiple levels such as cautionary and critical, which trigger out of app notifications.

The engineers were able to save many days work by having all the data processing done automatically in the BKwai platform. Instead of days buried in multiple excel spreadsheets for the different sensor types and manufacturers, it’s all available in a single intuitive interface.

Using a single software platform, capable of running on any browser allows all team members to access the platform from which ever device they prefer and from any location.

Rather than being reliant on engineers to log into the system to see what was happening, the user configured thresholds meant that any movement breaching a threshold triggers an alert. Engineers can then simply respond immediately to that alert, minimising the risk of damage, helping to prevent unexpected construction delays, and reducing hazards to workers.

With the BKwai platform for construction monitorting, the contractor is able to:

“BKwai ensures that any issues, or potential issues onsite are captured early, and we are notified quickly so that we can investigate and resolve them before they become critical.”